fIre-fighting addressable sistem en/ul/fm It is often the case that SV is committed to commissions worthy of note for its peculiarities, dimensions, innovations and today, with pride, we wish to share with you on an important foreign contract that sees an EN / UL / FM system with redundant control units and LON Det-Tronics bus input / output modules for Combined Turbine protection. Of this system, SV has developed the design, construction (square wiring and FAT) competence Made in Italy ready to be conveyed abroad.

The system consists of redundant electronics, with an hourly update system using the IRIG-B protocol (Allen-Bradley) and a PLC that collects all the data of the 16 redundant EQP control units with Control Net protocol. The innovative EQP system even allows two controllers to be configured as a redundant pair, thus increasing the availability and reliability of the system. The controllers operate in “Master” and “Hot Standby” modes.

The RPS 40A + 40A LE-Ra-SBC-24 redundant power supply (EN54-4) was produced and certified by SV Sistemi di Sicurezza and integrated into the EXFIRE360 panel via an RS485 serial port for information centralization. The power supply is able to deliver up to 80A at 24 Vdc and manage external battery packs with capacities up to 700Ah.

Through the Det-Tronics security system software (S3), the EQP controller can be programmed to implement any monitoring and logic operations (voting) on ​​several areas, sometimes necessary in a fire protection system. 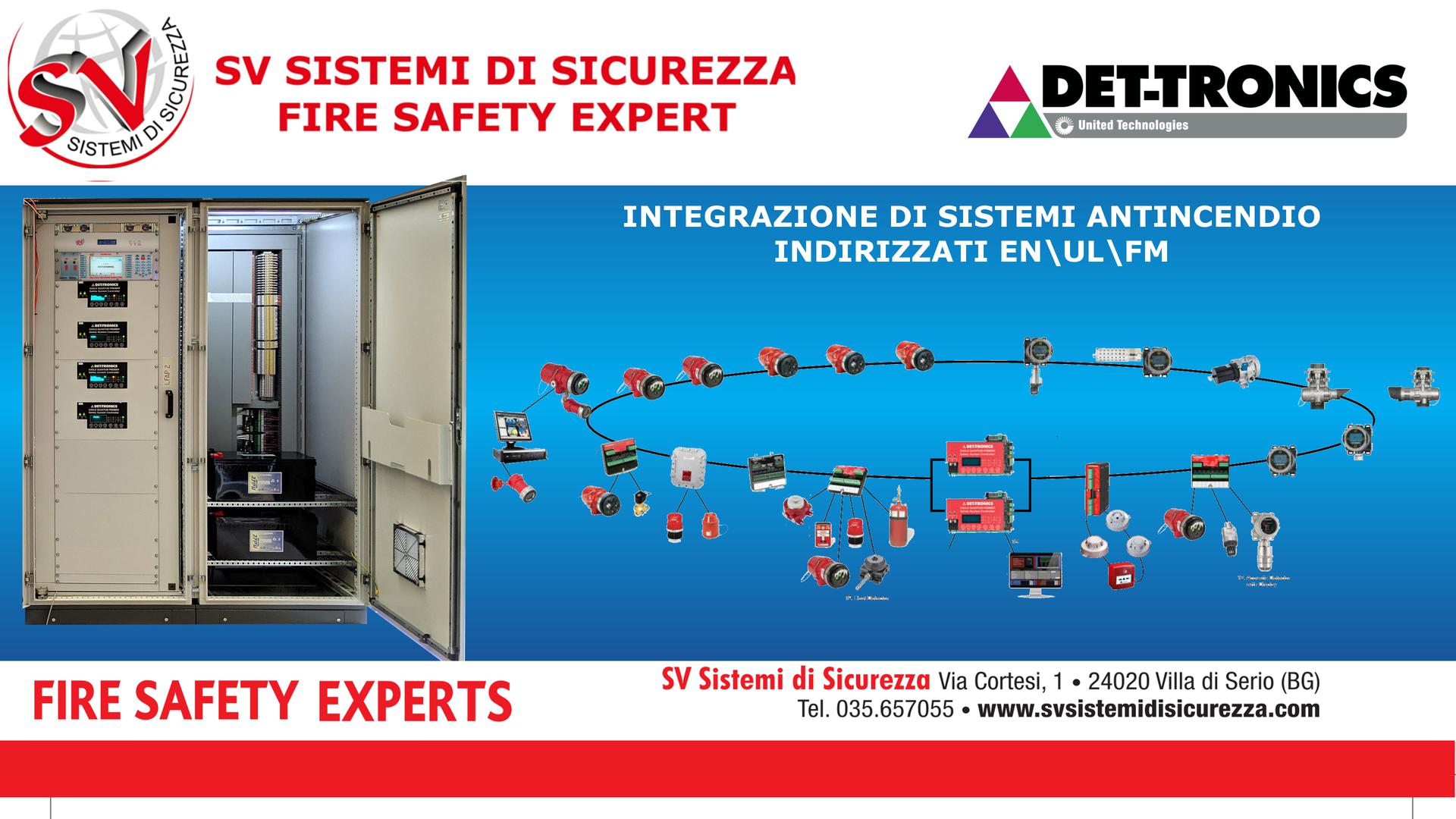 The interconnection between the 16 EQP controllers was made of fiber optic. The SM modules of the EQP system interface the addressed field devices on a Loop with APOLLO protocol, managing the fire detection part and remote panels, as well as the CO2 / FM200 / DILUVIO / SCHIUMA extinguishing systems. The Eagle Quantum Premier controller is a microprocessor based module that can be integrated into the EXFIRE360 control unit (Made in Italy by SV Sistemi di Sicurezza) which performs all the communication and control functions of the entire Fire-Gas and Shutdown system, in addition to the network (network) operating circuit (LON / SLC) through which all field devices communicate. 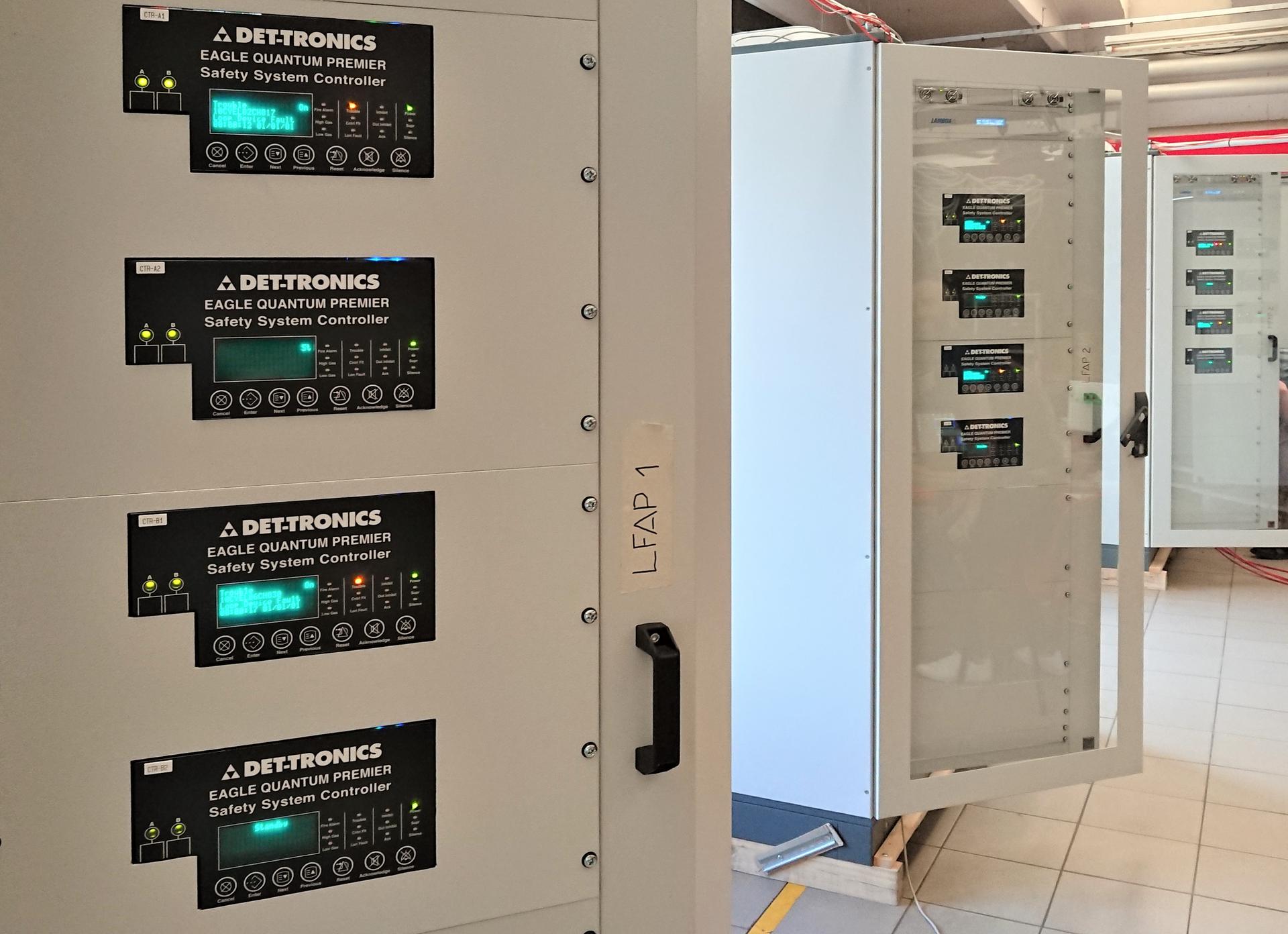